Red Trillium.   I've come across the white trillium near creeks in the forest or damp woods, but not the red yet. 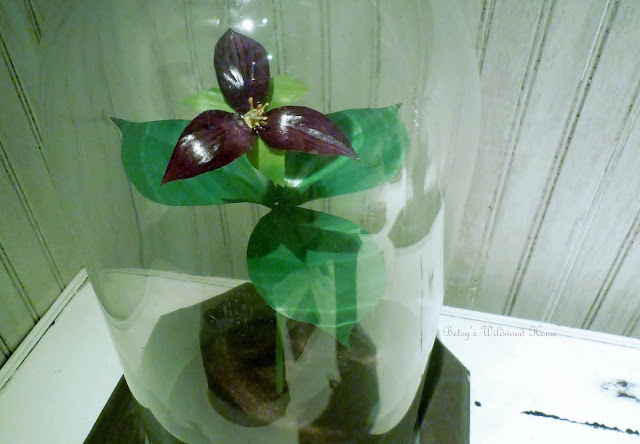 Called Wake Robin as it shows around the same time as Robins do in Spring. 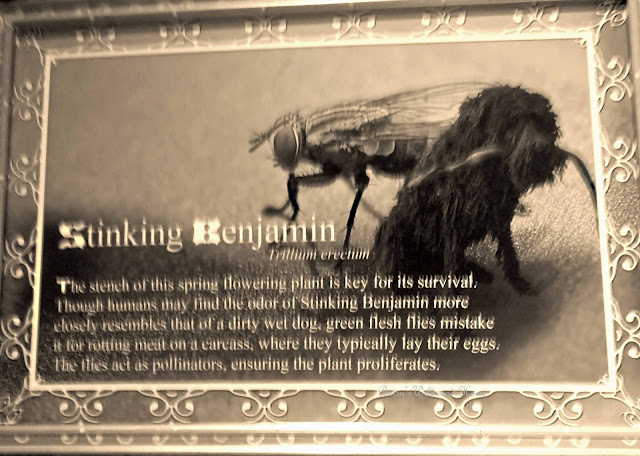 This frame info. about the plant, kinda hard to read so will print it here.
The stench of this spring flowering plant is key for it's survival.
Though humans may find the odor of Stinking Benjamin more closely resembles that of a dirty wet dog,  green flesh flies mistake it for rotting meat on a carcass, where they typically lay their eggs.
The flies act as pollinators, ensuring the plant proliferates.


Peace Lily -
I like having these in the home office they just grow well with out a lot of fuss. 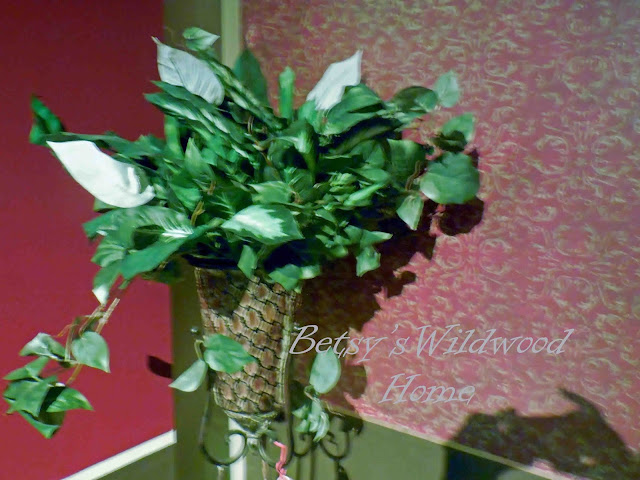 Poison control receives more calls due to peace lily than any other housplant.  Along with Philodendrum and Dumb Cane, Peace lily contains calciam oxalate crystals.  Can cause skin irritation, nausea,  difficulty swallowing  and burning sensation in mouth.
Will have to make sure children do not have anything to do with this plant.   Toxic to animals. 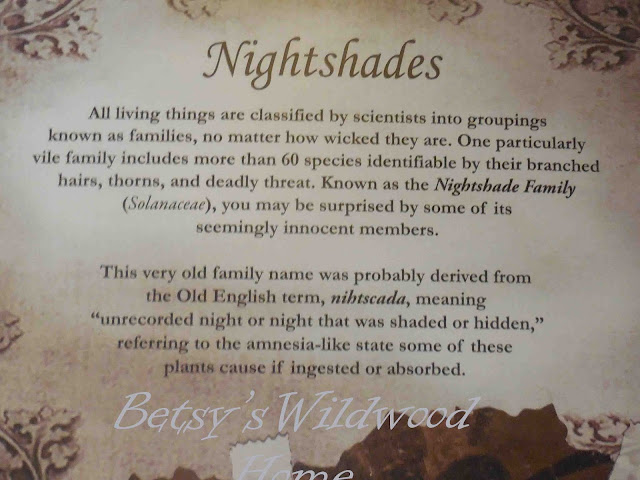 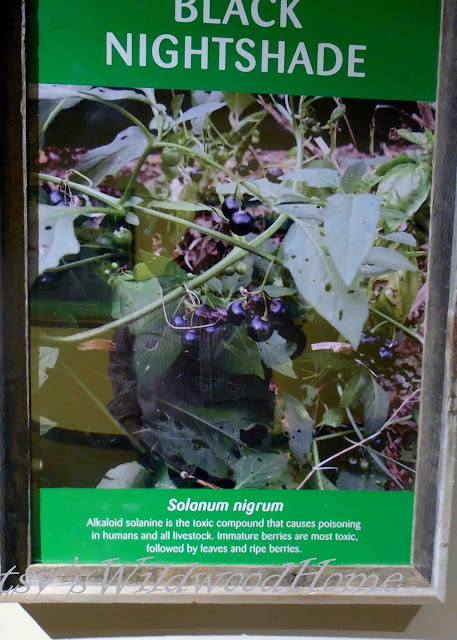 Immature berries are most toxic - 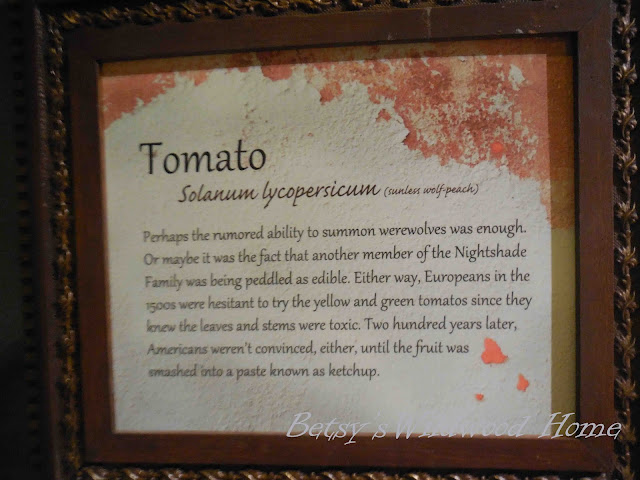 Interesting that tomato at one time was rumored to summon werewolves.  A member of the nightshade family was peddled as edible. In 1500's were hesitant to try the yellow and green tomatos since they knew leaves and stems were toxic.  Two hundred years later Americans weren't convinced either, until fruit was smashed into a paste known as ketchup. 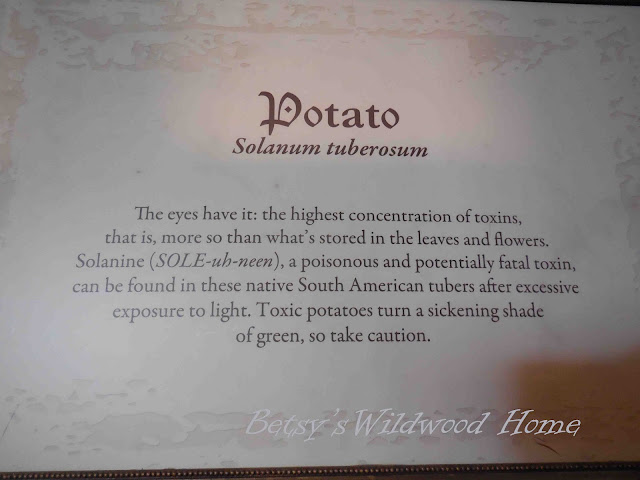 Highest concentration of toxins are the eyes of the potato.  Toxic potatos turn a sickening shade of green, so take caution.  I think I have eaten many that have had a slight hint of green on a small part after peeling. 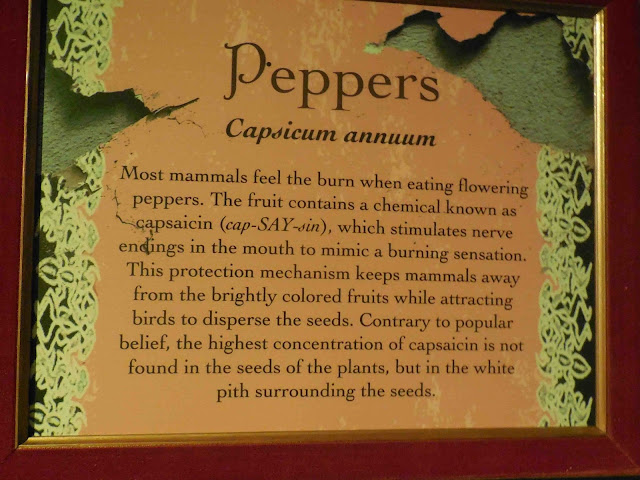 Interesting that highest concentration of capsaicin is not found seeds of plants but in the white pith surrounding the seeds. 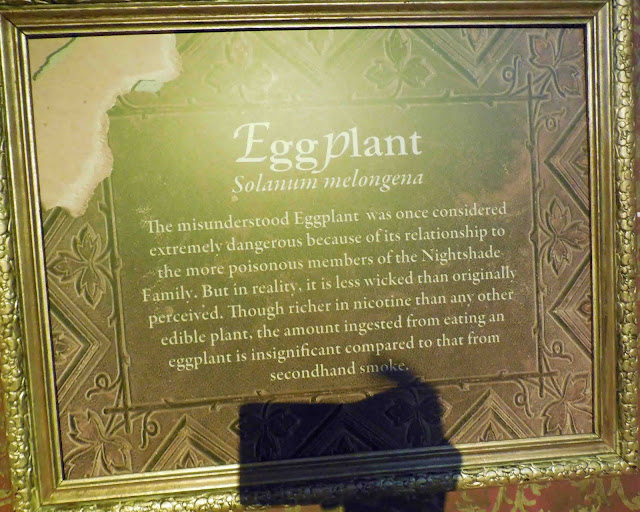 Eggplant once considered extremely dangerous because of it's relationship to the more poisonous members of the nightshade Family.  Less wicked than originally perceived.  Richer in nicotine than any other edible plant.