Been a while since a post but it's been very busy here.  We had a great time away in Maine and have some nice pictures but I first must catch up with what we did a little in the Summer with the girls.

Was hot and I mean very, but they wanted to see the wild horses and as we might have known not too many of them were out and the couple of captures of them were at a distance near the water.   Adalyn and Genevieve got very excited to see them and did manage a few shots.

Adalyn has her camera ready.  She did manage to get some pretty good shots too. 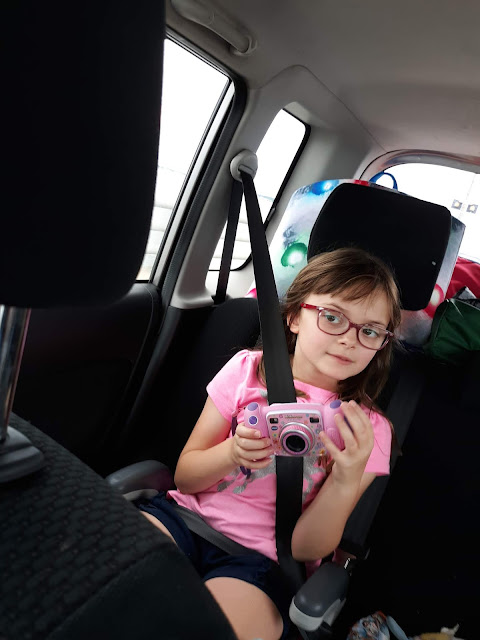 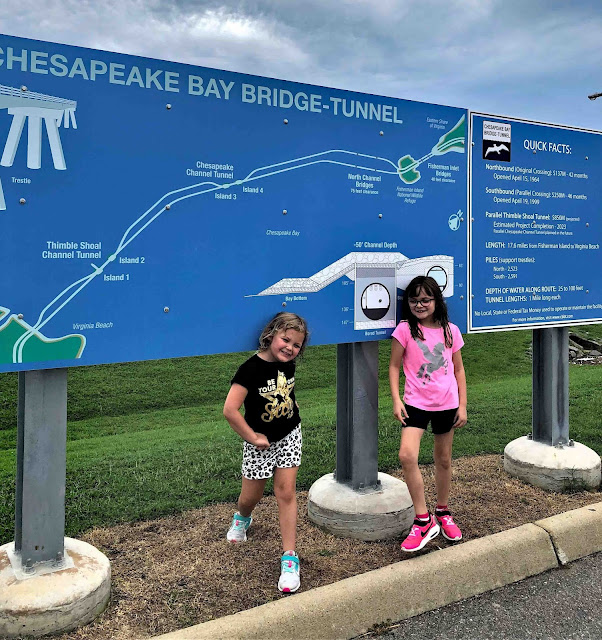 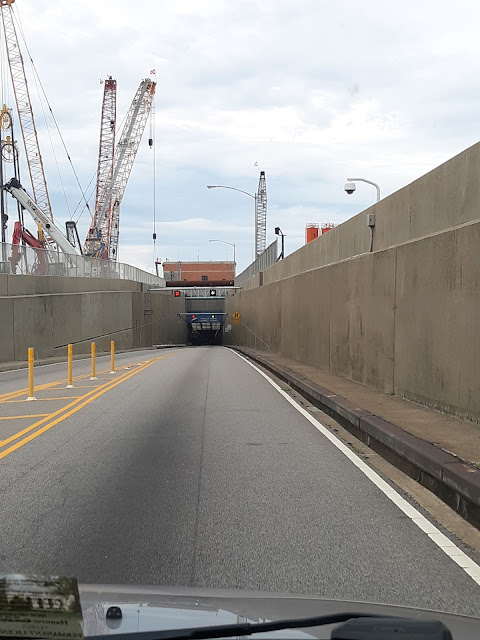 You can see ahead the break in the water that we are headed for another tunnel. 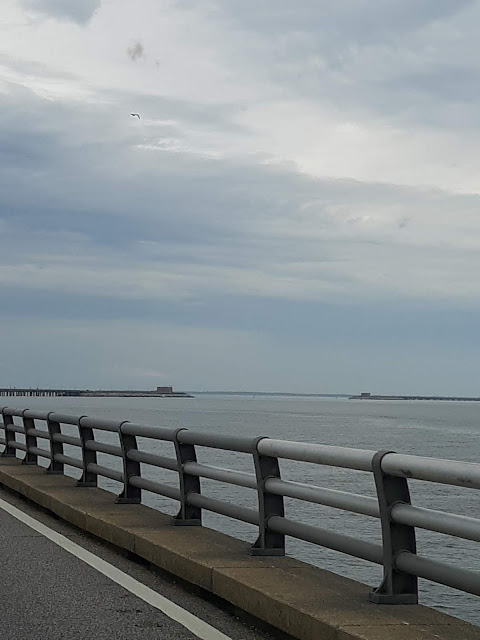 We got a hotel for a couple nights where we could be close enough to places we wanted to visit.  The first one being Chincoteague Island.  Girls wanted to see the horses.  Lucky they were out to see in this one area near the water because it was a very hot day. 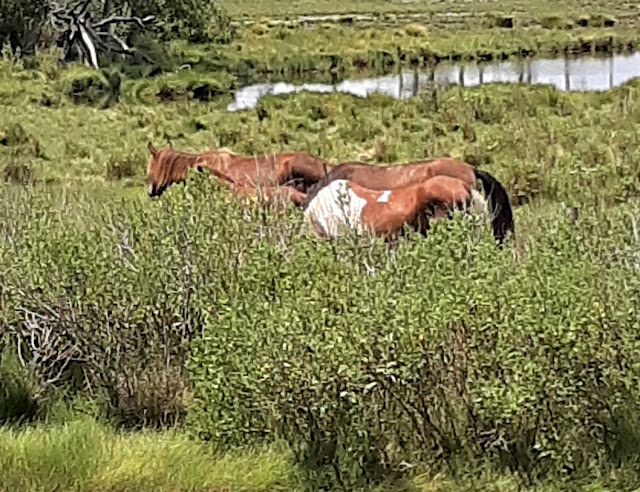 Quick video take of the horses

Next a trip to the light house on Assateague Island lighthouse which about 1/4 mile from Chincoteague Island.  At a height of 154 feet above sea level the lighthouse has twin rotating flashing lights that flash one after the other and can be seen a little over 20 miles out to sea.
Converted to be electrically lighted in 1933.  First light being candle lantern.
Originally constructed here in 1833 at a cost of $55,000.
Later in 1860 construction on a taller more powerful light had begun but was delayed by Civil War.
After the war the light was completed in 1867. 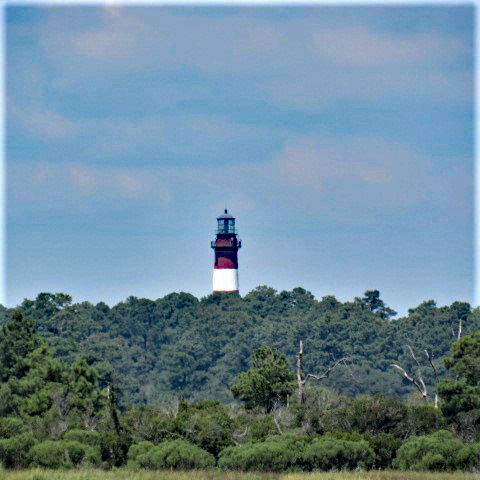 Early in the day but still mosquitoes were biting pretty bad.  It was worse walking up hill to light but not bothered when we left going down to car. 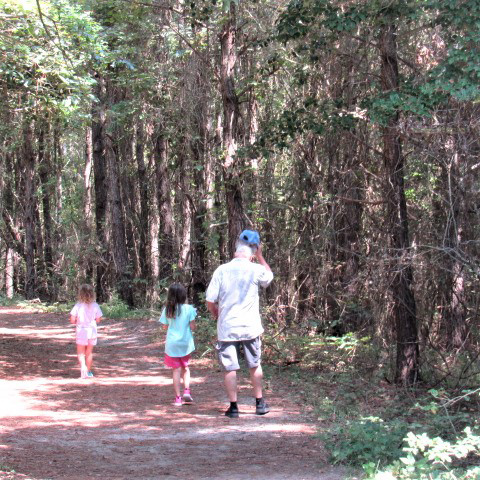 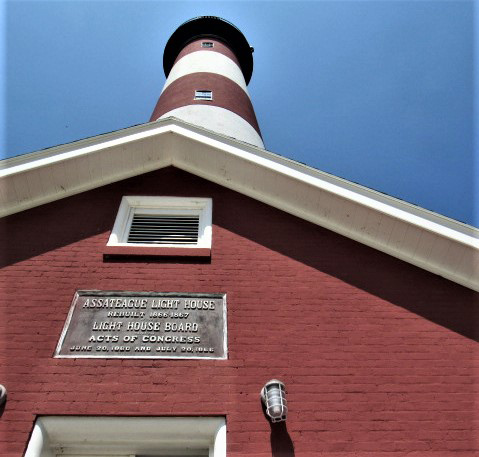 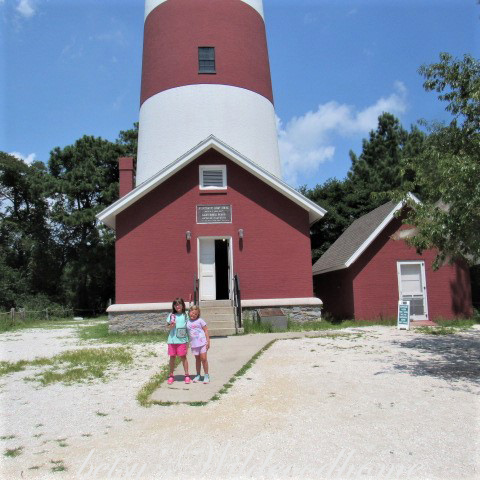 Off we go and it's 175 steps to the top.  I took a rest a couple of times.  It was hot the higher we went as no air was stirring.
Fuzzy pic but still can see going up and a little leery they two are. 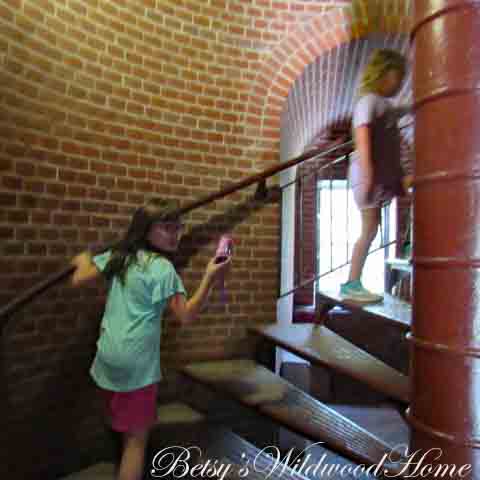 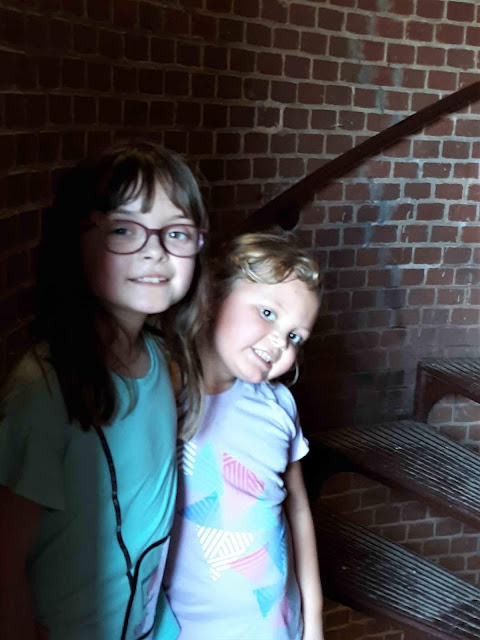 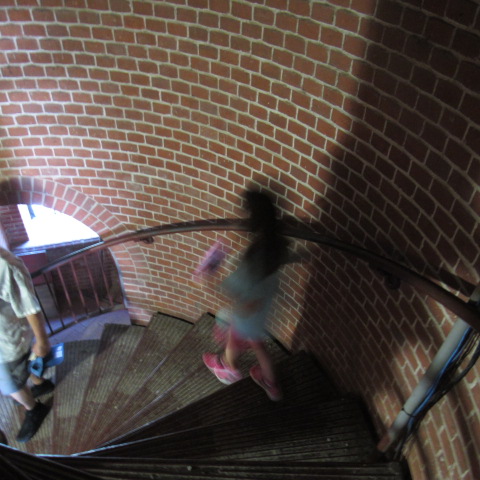 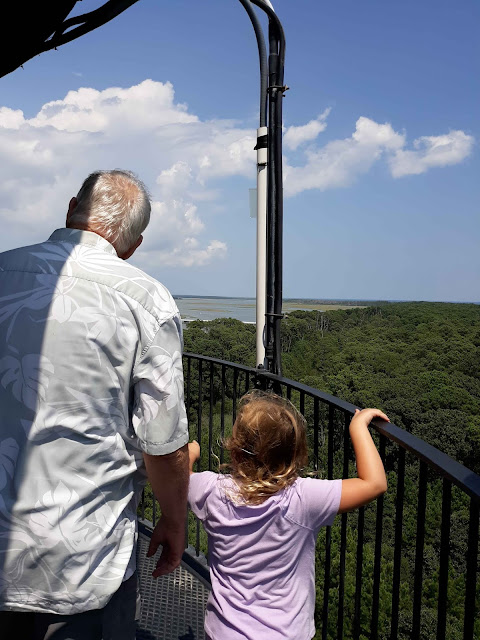 Assateague light.. Enlarge on the video to view it better 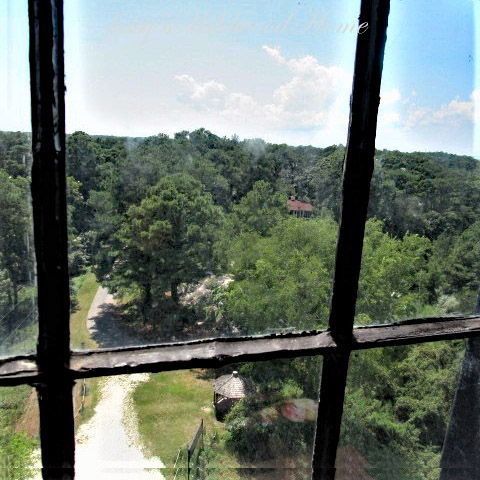 Lil Genevieve is not letting go.  Looks like Adalyn isn't either. 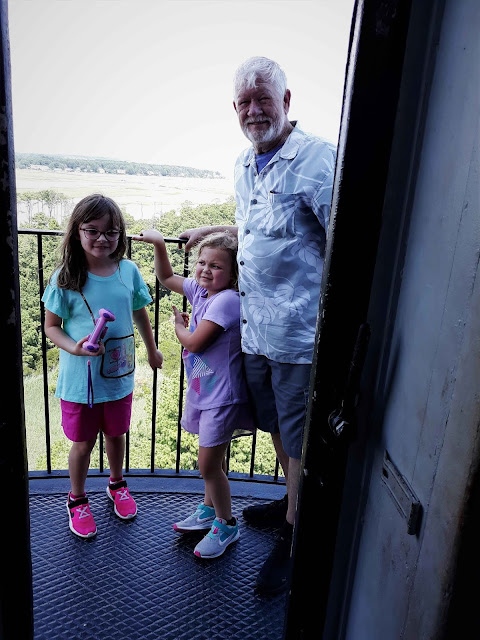 These little girls are so much fun.
Back at the hotel and ready for the pool but not until they finish playing with their dolls. 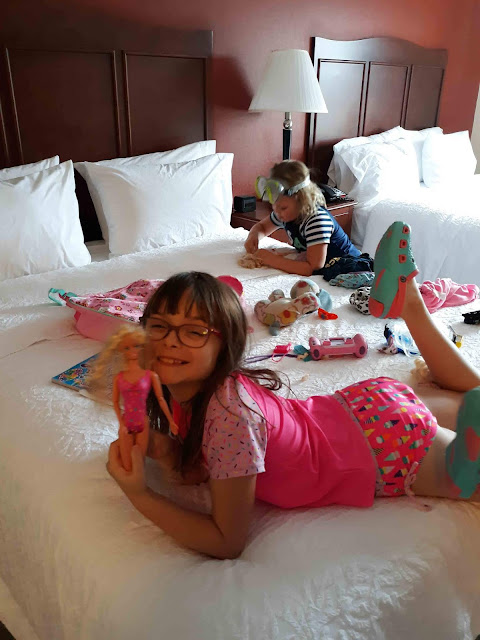 Email ThisBlogThis!Share to TwitterShare to FacebookShare to Pinterest
Labels: vacation2019

Ah, I love the wild horses! And I always enjoy the bridge tunnel; it is a marvel. I would not like to cross it during a violent storm though. I think about that when I'm out there feeling exposed.

A marvel it is Linda. A violent storm would make me feel like a sitting duck on that bridge. Happy Tuesday to you
betsy

It seems you had great time with the little ones.

OH MY GOSH Betsy!!! As a young girl I loved Marguerite Henry's book Misty of Chincoteague and her other pony books!! I wrote to her and still have her letter to this day! I always wanted to go there, how lucky for the girls to get to go! Have they read her books? Enjoyed the photos, and seeing the sweet girls! How they are growing!
Sending hugs,
Gina

Indeed we did. Good memories.
betsy

Looks like a great trip with the girls and I enjoyed all your photos. I have only ever been there once and didn't get to see the horses up close as they were way in the distance. Must go back some day.

Hi Betsy! Thanks for stopping at my blog.
This looks like such a wonderful trip. I would love to go out east again.
We have toured quite a few lighthouses while traveling in Michigan. They can be quite a task to climb, but it's worth it at the top!
PS - I just had a root canal and wasn't thrilled by the cost either.

The Joy of Home with Martha Ellen said...

What a lovely post, Betsy! Your grands are getting so big and brave, too! I love that lighthouse and am happy to see it's been painted. The last time I was there it needed it really badly. Your video is darling. Looks like a grand time for everyone. I'm sure your grands had a great time!

Dearest Betsy,
Wow, those wild horses make it very special I bet!
The climb up on the Light House was rewarding as well.
Fond memories captured on video for later!
Hugs,
Mariette

Looks like all was having a great time. I have never been in a light house...need to do that soon.

I have heard a lot about that area. The chincoteague pony swim would be something very interesting to see. You did marvelous activities with the girls and created memories. This was very educational for them. Love all the places you visited, sounds like a lot of fun. I have bee busy and away from blogging and it looks like it will be busy till the end of the month. Hope to have some time to escape and come here to read your posts. We got 2 feet of snow so the kids are playing outdoors. Have a wonderful weekend.

I forgot to add that I loved the video! Adalyn is working hard on her photography skills. She did not let go of that camera! Maybe she will be a blogger like you Betsy? Both girls are adorable!!

Oh my gosh, snow! I am just starting to get up leaves. October is always a busy month it seems to catch up on outdoor chores for the winter and readying the house for the Thanksgiving and Christmas season.