Guess what?  More rain coming.  So what else is new?
I finished raking the yard of clippings and picked a few lavender sprigs that were close to being in full bloom. 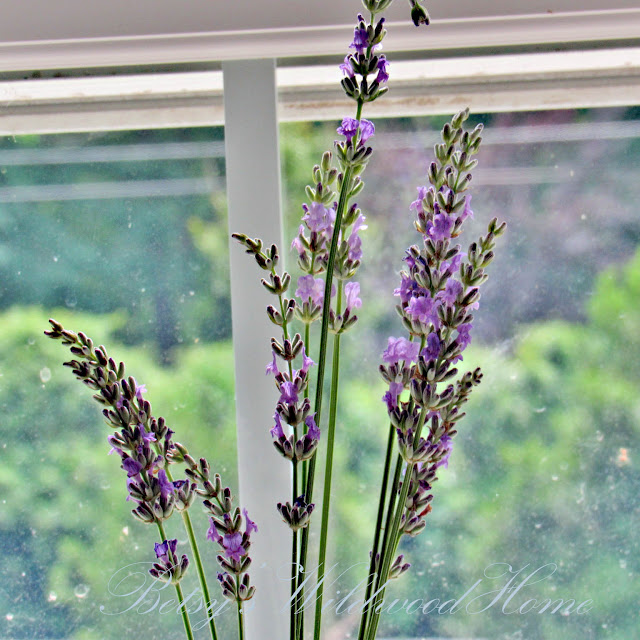 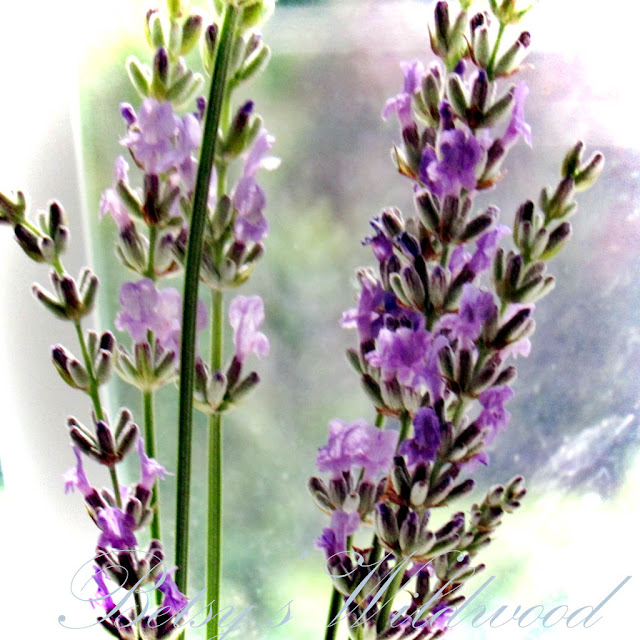 I know,  I butchered the crepe.  The thing was about 12 feet tall and just out of sorts.  The bottom was all over grown with growth that took away from the blooms I believe.  So I whacked it.  Steve helped.  It's coming out nicely.  I cut out about 5 stalks also.  It's called California Red. 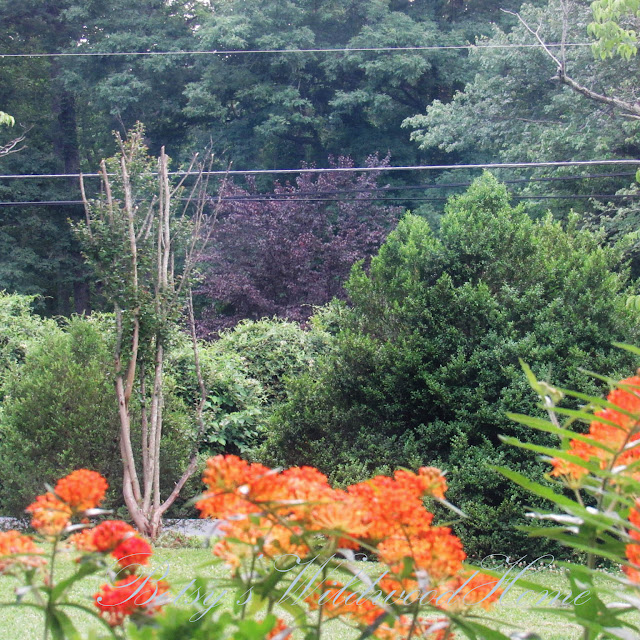 One below is on other side of boxwood.  This one had a tree fall on it and split it a few years back.  It came back pretty good.  Had to do some severe cutting of this one too.  They always come back.  I don't really worry much about plants like this and cutting them to look right.  If they don't then I take'em out and plant new ones. 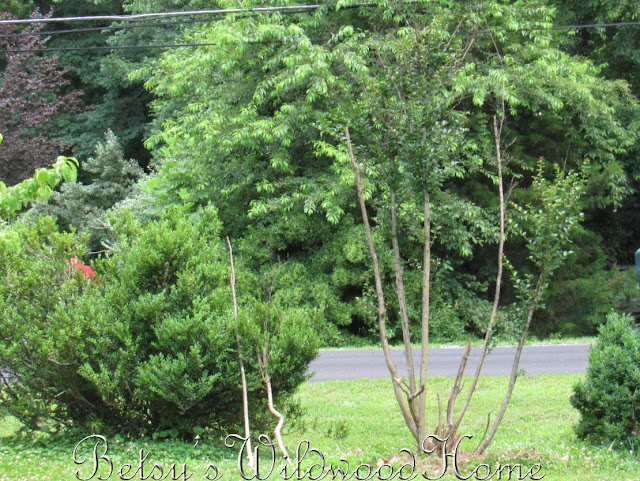 Hung this planter on an exposed nail.  They look good here on the side of the house. 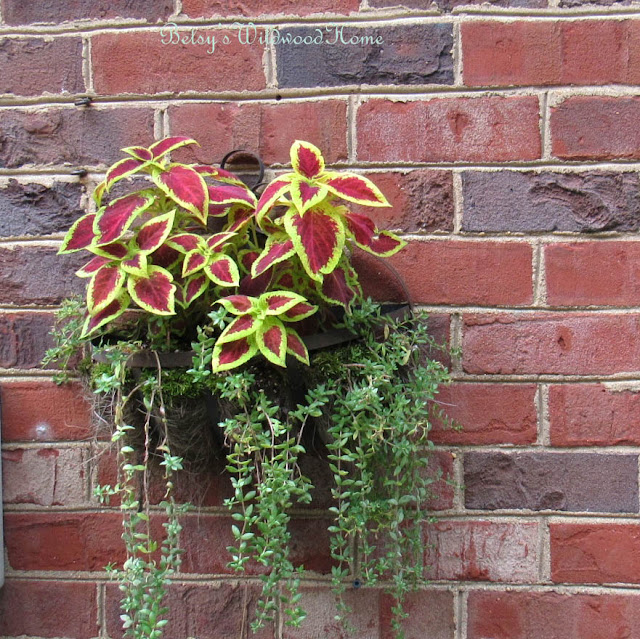 I didn't really do a garden this year except to put some veggies in beds near garage and these extra squash I put into pots with garden soil and a mushroom compost type mix with worm casings in it.  Looks like it likes it.  I hope not to the extent it doesn't produce squash and just leaves. If so, its still pretty. 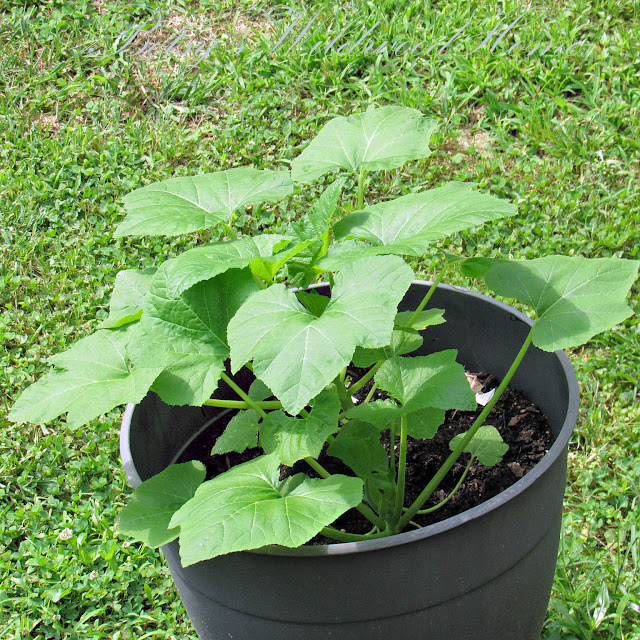 I see no blooms 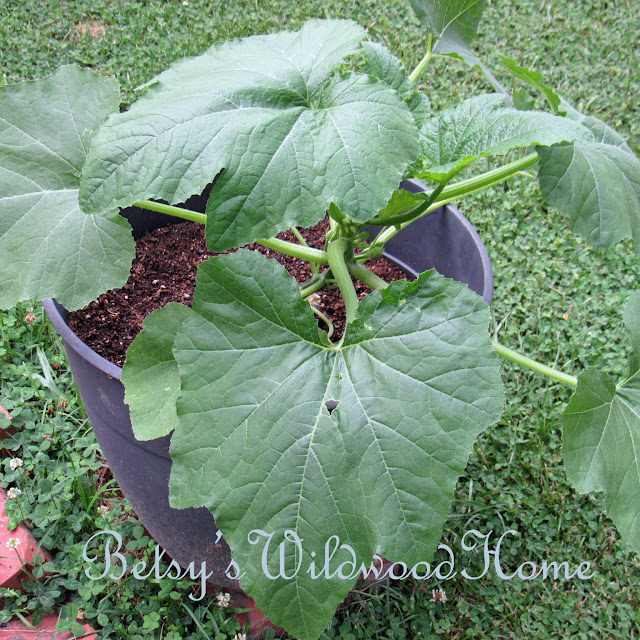 Another pot on other side of walk.  These are in front of the house where a lot of sun is. 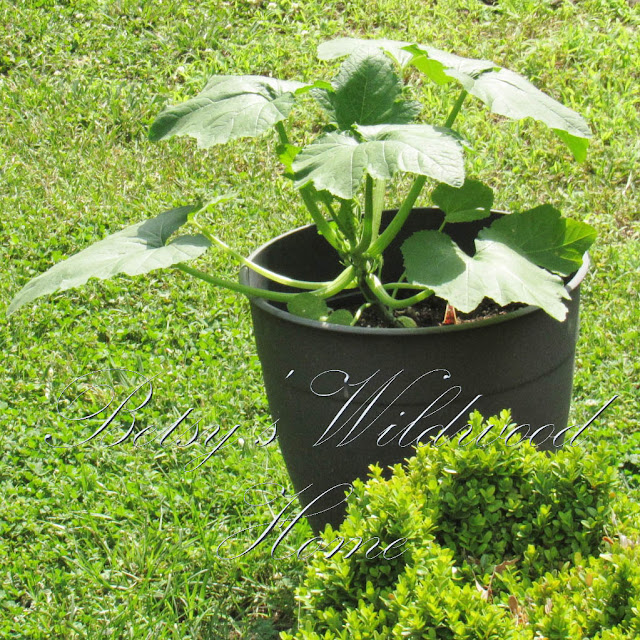 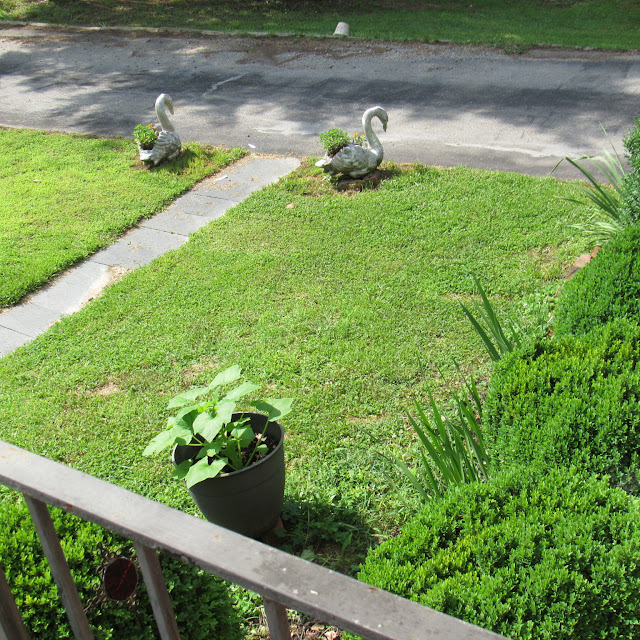 I think I like the leaves of the plant as much as I do the flowers.  The nasturtium has this pretty lily pad leaf, I call it that anyway.  The variegated ones are not as pretty. 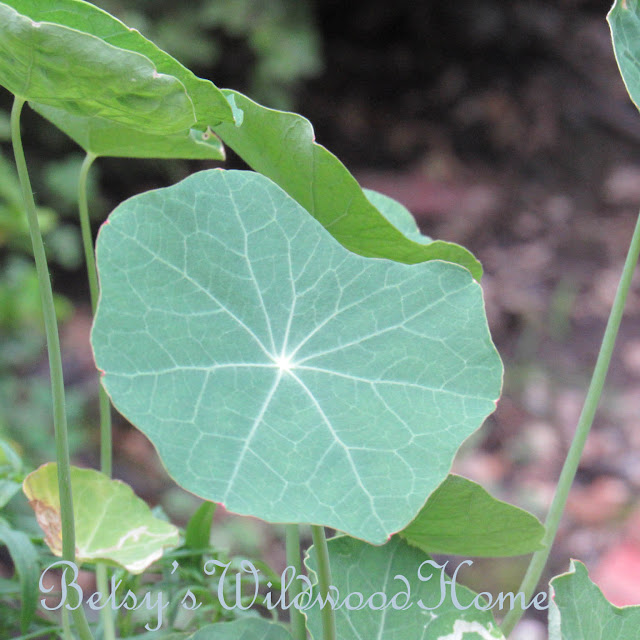 A short video of all of the rock put back after the last storm pushed the water through so hard that it gave us rock from the other side.  Steve had to open up the center and put it back so it would drain.
Just in time for another storm brewing.