Photo taken in Gordonsville Va.
photos on blog are mine unless stated otherwise. please ask before using. Thanks - Betsy

The other night with this head cold and not feeling like cooking to much of anything.  I decided I would make something with my frozen shrimp.
I thawed shrimp under running cold water in a colander.
A non stick green sauce pan ( won't have another because they scratch very easy) I poured some olive oil  and maybe tablespoon butter  and sautéed some onions, didn't have garlic but definitely would have used it.  When onions were almost translucent I threw in some slice mushrooms - not to many,  about a half a cup 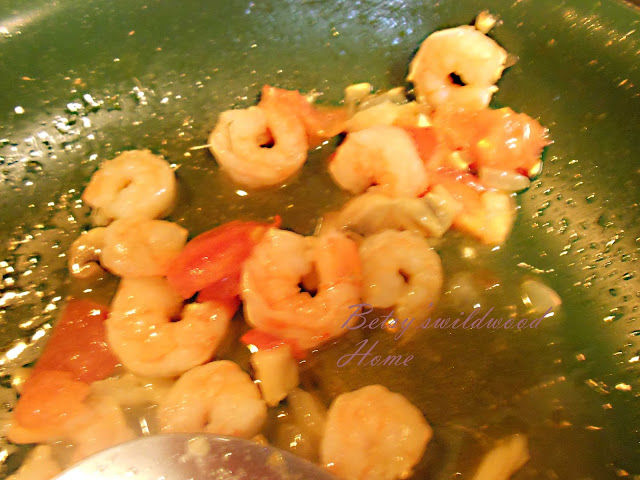 I put in some chopped French tarragon that I trimmed from my plant (has to be French for me as it's much tastier) about two tablespoons ( I love the flavor).  Next came the shrimp and heated through (I used about a half bag or about 25 shrimp for us) A ripe tomato -  I cut in chunks and just heated enough so it wouldn't cook all the way down.
I purchased some homemade tomato pasta noodles,  only problem is that I didn't notice they were spicey,  as in hot - but not to hot.  I boiled regular pasta noodles also and mixed the two, Steve wanted his that way. 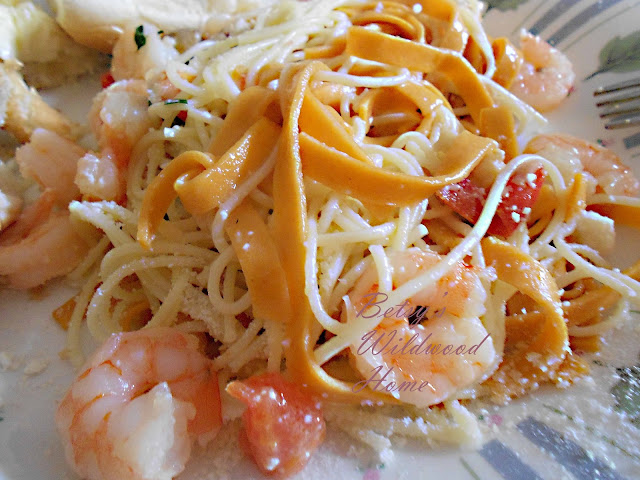 stirred altogether and sprinkled some Parmesan on top.
I must say it was very tasty. 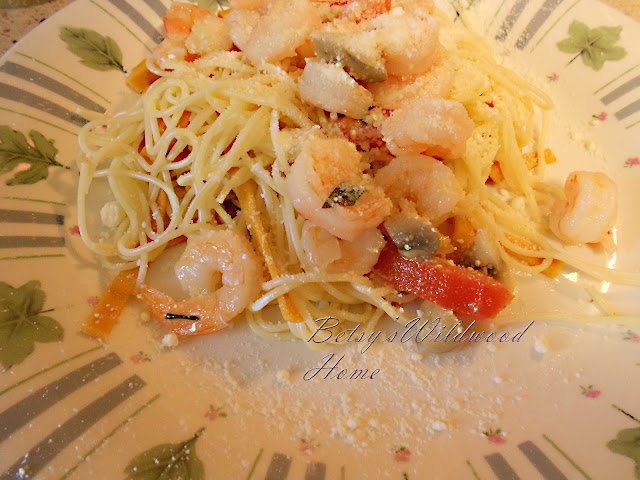 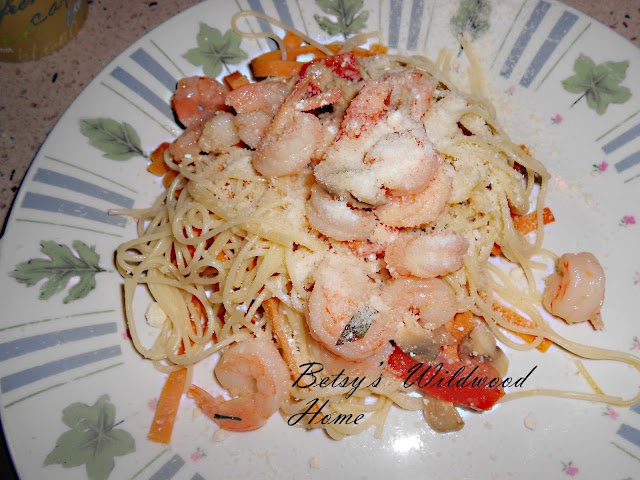 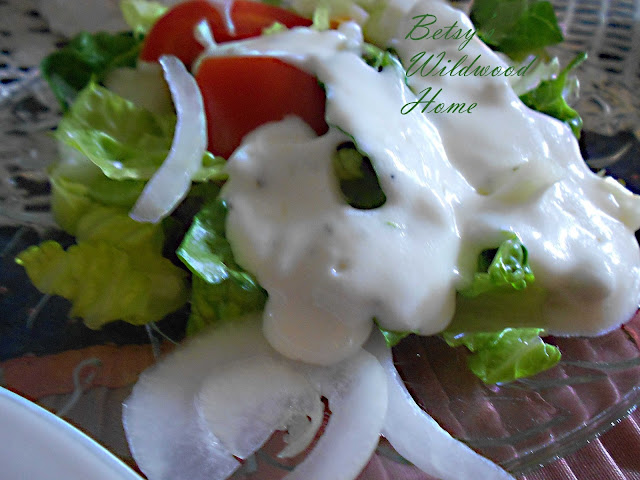 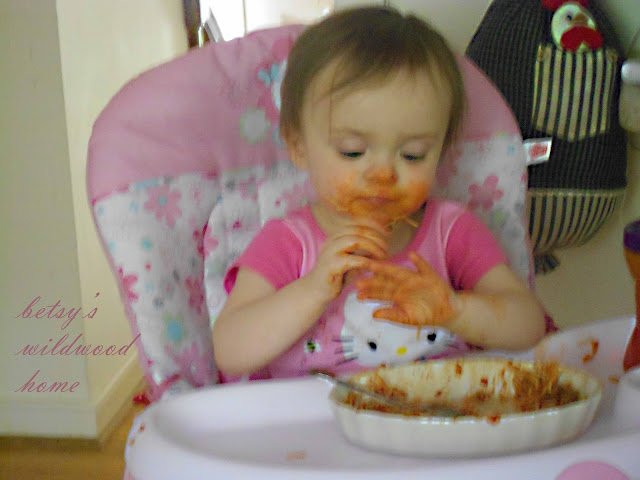 Miss Addy eating her spaghetti and totally loving it.  She had regular spaghetti with meat sauce,  way to young for shellfish in her diet .  She wears most of her food.
Posted by Betsy at 5:24:00 PM