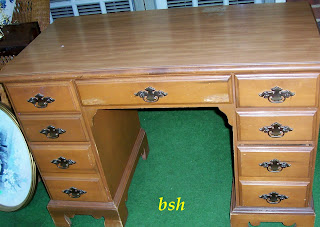 There were so many yardsales going on Saturday and of course I had to stop at a few of them.  I found a desk,   it's in pretty good shape.  I needed one for the upstairs bedroom and this will do until I find something else,  it was just $5.00, couldn't pass it up.
Pictures will enlarge when clicked on 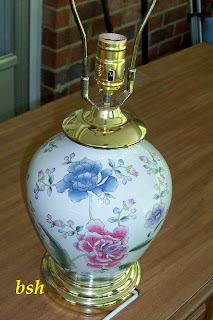 the lamp was only 2 dollars. will go in the bedroom 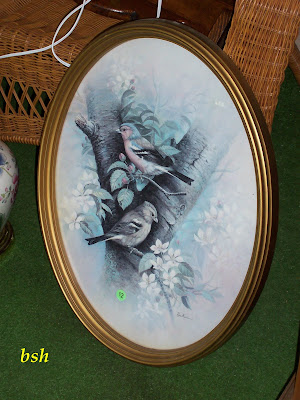 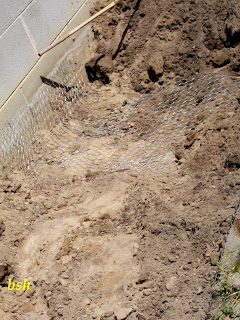 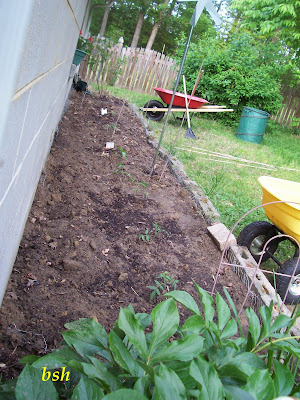 I bought this wire basket at the dollar store and lined it with natural material , filled with dirt, then cut holes in it to fill with flowers and other plants.  I hadn't  quite finished when I took this pix. 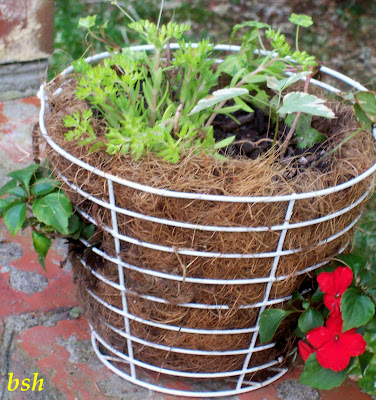 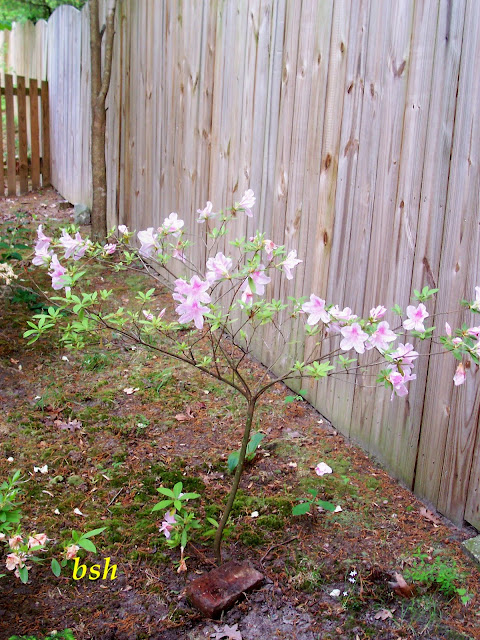 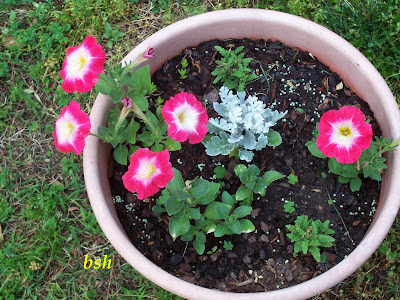 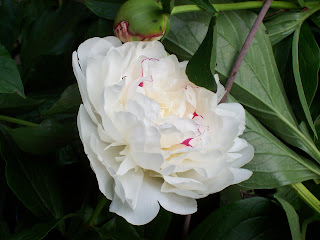 Peony near the garage in bloom 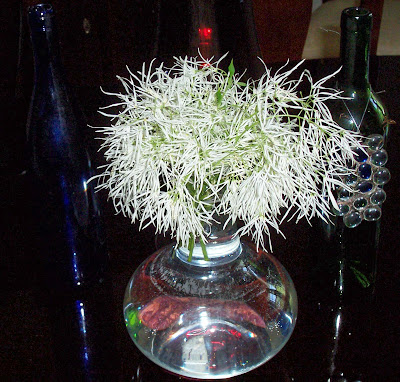 some clippings from my fringe tree,  smells so sweet in the dining room.
Posted by Betsy at 12:30:00 AM