I am still looking for and trying to organize my pictures on this p c.  Will eventually get there and I found some other pictures I meant to put in the previous post of the fort.
A well known,  who enlisted in the Army on May 26, 1827 under the alias of Edgar A. Perry.  Stationed at Fort Monroe with the 1st Regimental Artillery from December 15 1828 to April 14, 1829.
I chuckled when I read that he received the rank of Sergeant Major in such a short amount of time.  Quite obviously no formal review process was conducted at that time.

Edgar Allan Poe's required service was not finished and he was officially discharged on April 15 1829.  Under an arrangement with Sergeant Samuel Graves who was to finish Poe's enlistment.
Sergeant Graves never received the promised payment from Poe. 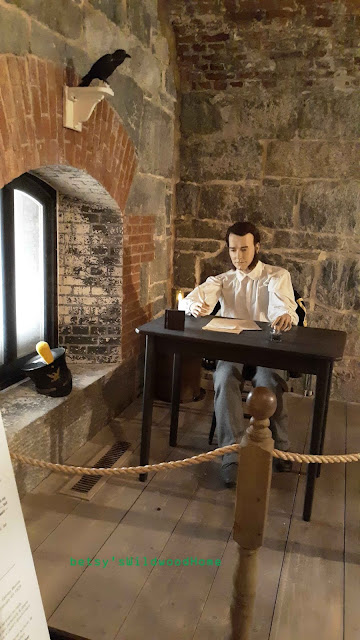 Not long after leaving Fort Monroe
a collection of his works entitled Al Aaraaf, Tamerlane and some poems were published in December 1829. 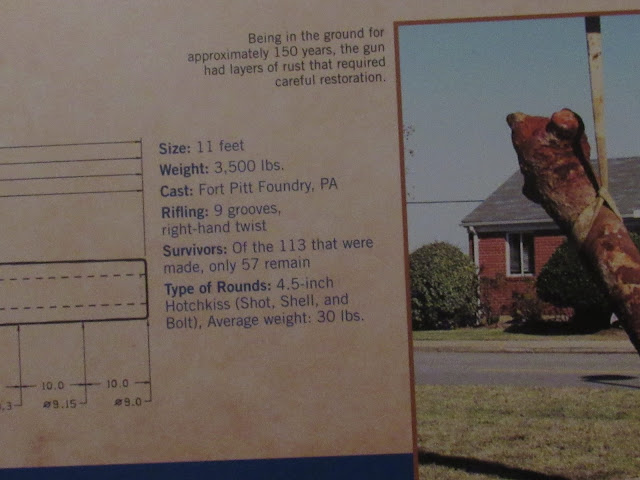 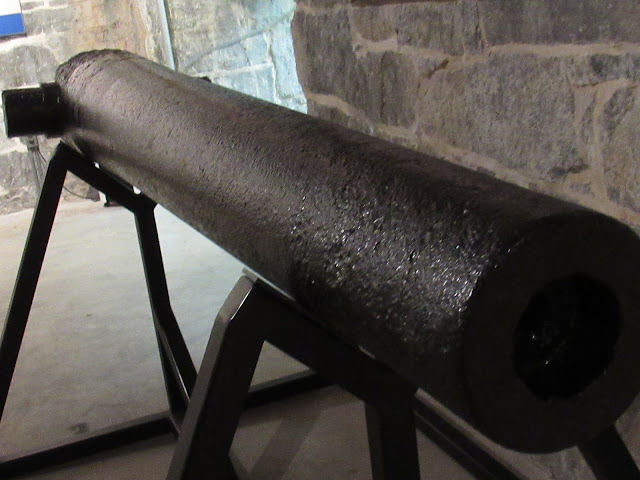 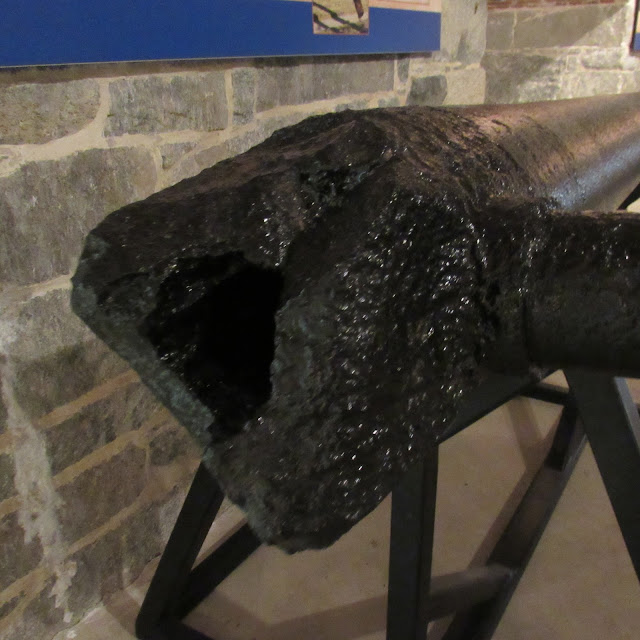 this is a little blurred  but if enlarged can be read 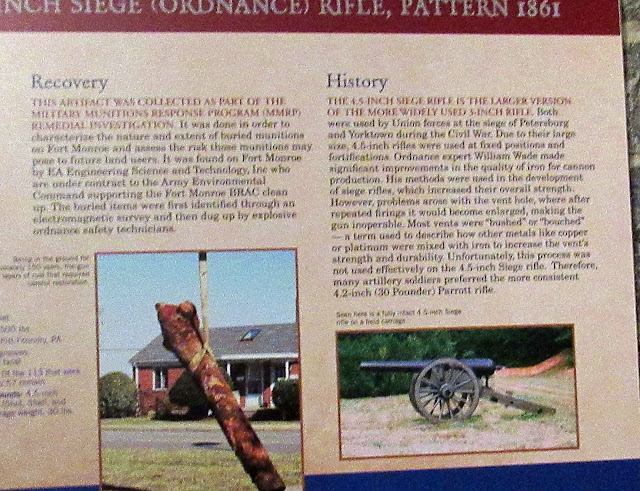 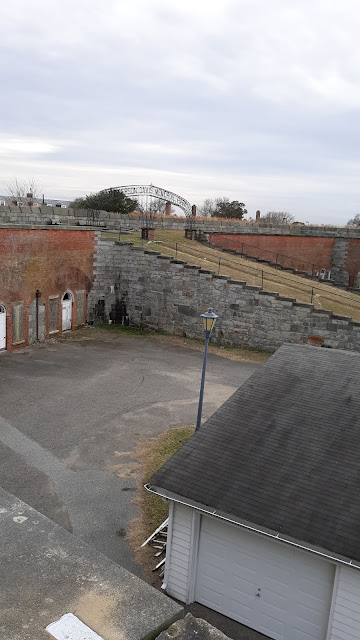 A view of  what it looks like from the top and  thinking I would not want to have the grand girls running around up here. 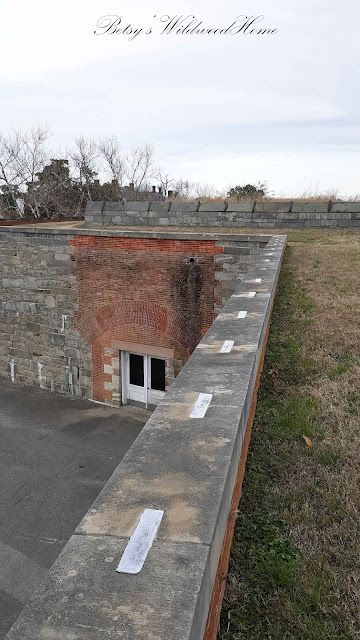 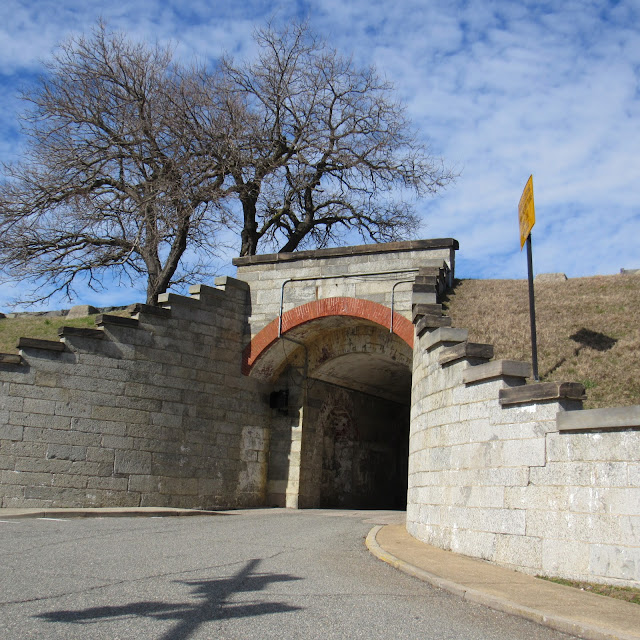