Wishing all a happy and fun day.   We will hopefully,  if the weather is not to beastly hot,  go to the parade in town.   There will be food venders. On the lawn at the Arts and Activities center patriotic songs will be played the the Hanover Concert Band.

Important for the young ones to learn what the day is all about.

Our Flag is flying as always 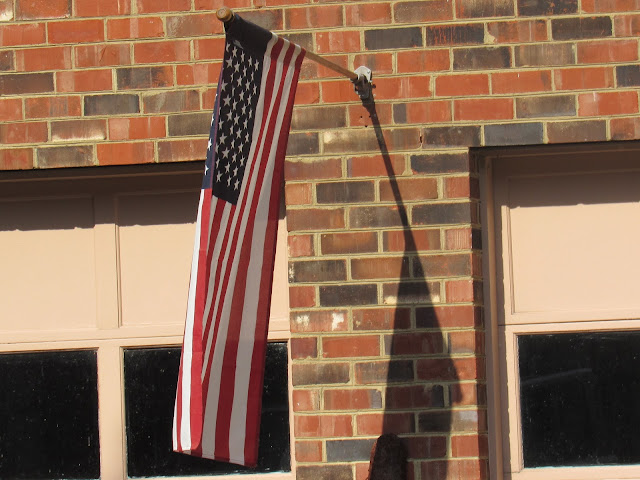 13 stripes represent the  thirteen British colonies that declared Independence from the Kingdom of Great Britain.
My state of Virginia, one of the original 13 colonies, and  was the first part of the country settled by the English.   On the banks of the James River  in 1607 they established Jamestown. 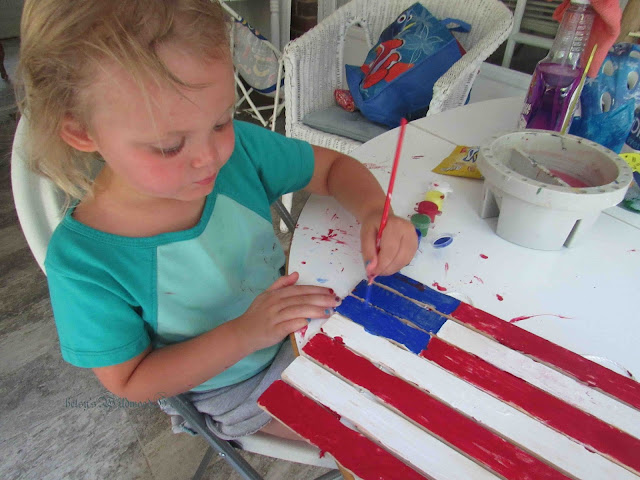 Genevieve is painting her flag made from glued together paint stirrers.  I glued roping to the back of each one and then looped around the top to hang. 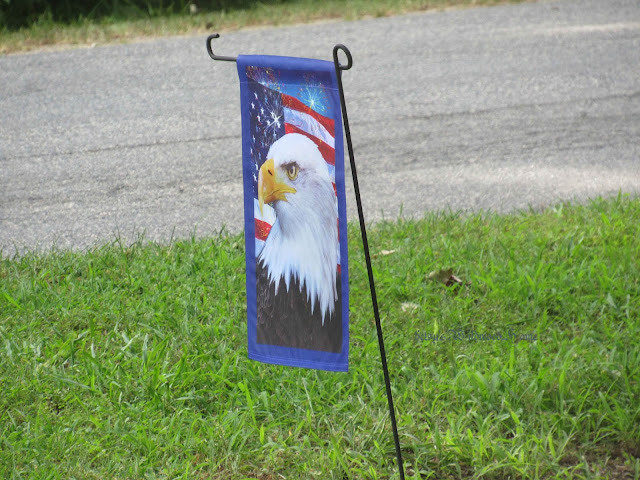 Bald eagle flag at the drive.
Chosen June 20, 1782 as the emblem of the United States of America because of
it's strength, courage and freedom like all eagles, but unlike  other eagles, the bald eagle was thought to be only indigenous to onlyNorth America. 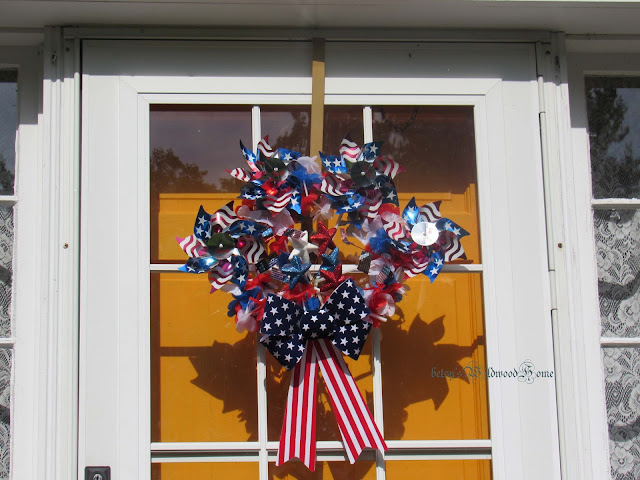 My door decoration is simple -  pinwheels, flags,  red, white and blue flowers with a patriotic bow.

Leaving with some picture of a few zinnias in bloom 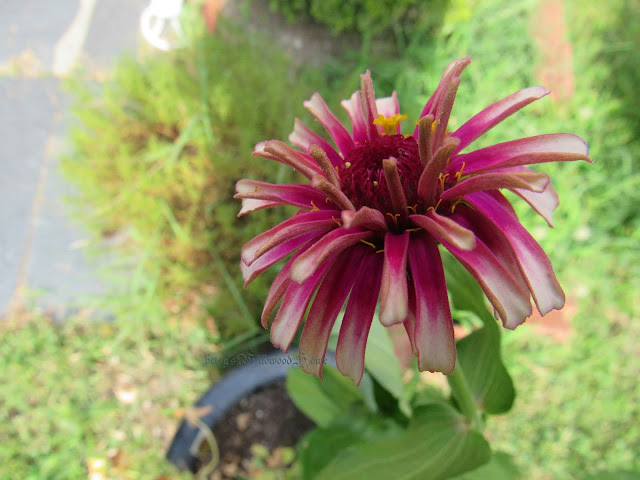 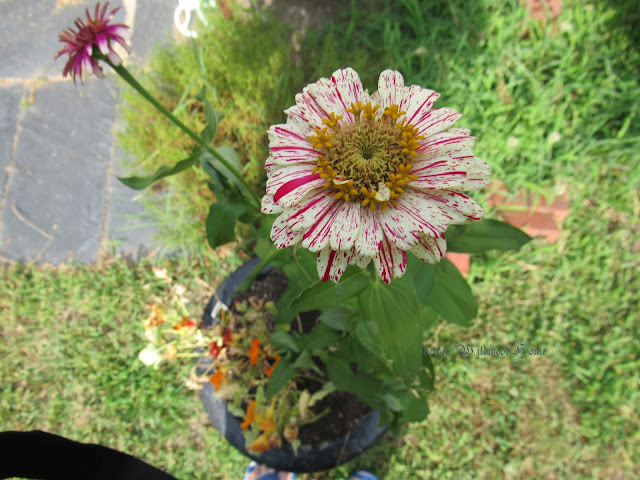 This is the first year I have planted any like the one above.  The mottled pink is so pretty. 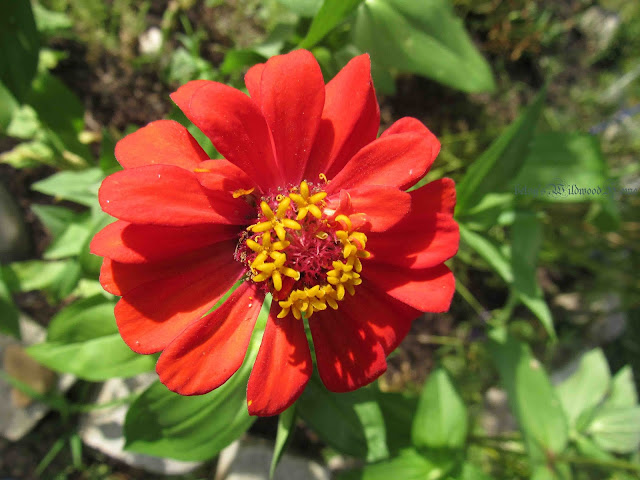 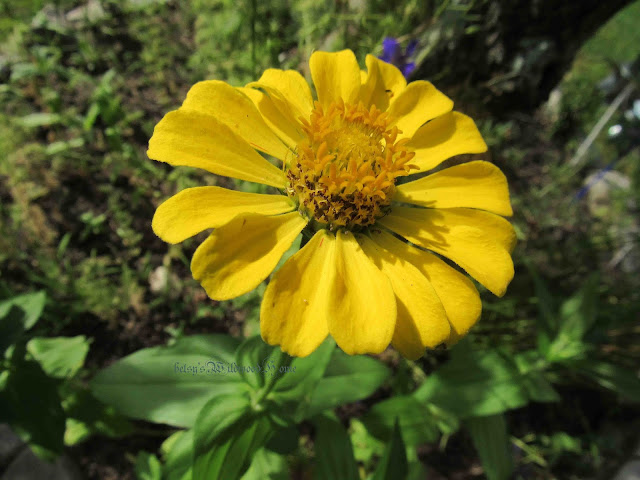 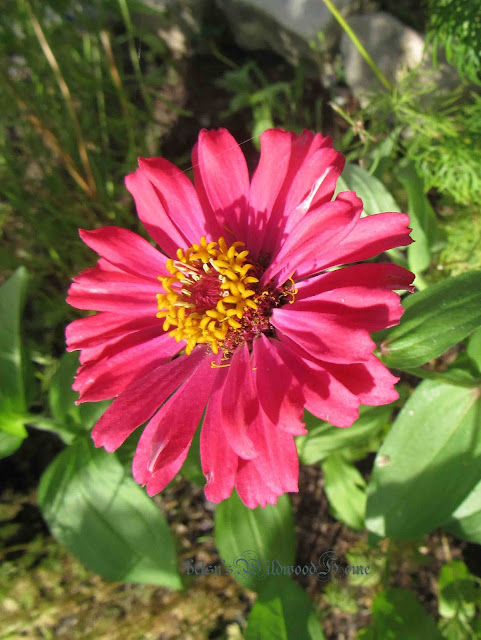 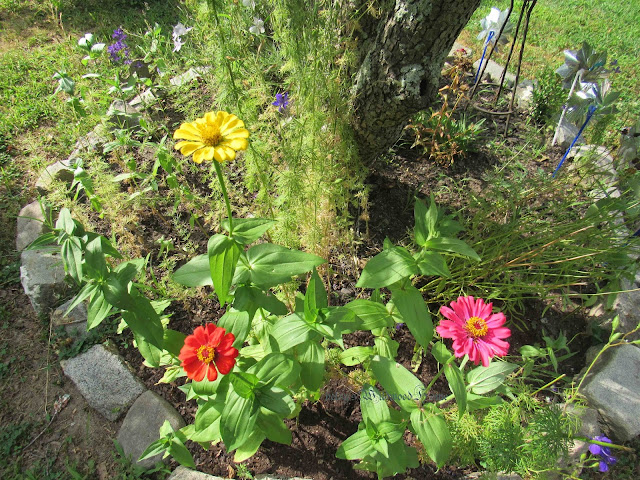 starting to bloom in the bed by the dogwood 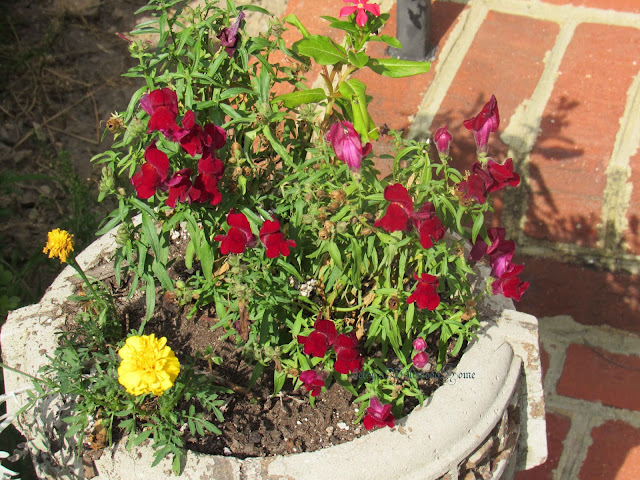 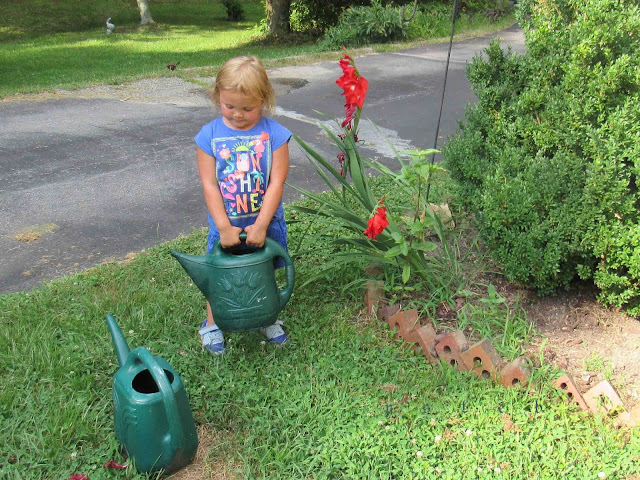 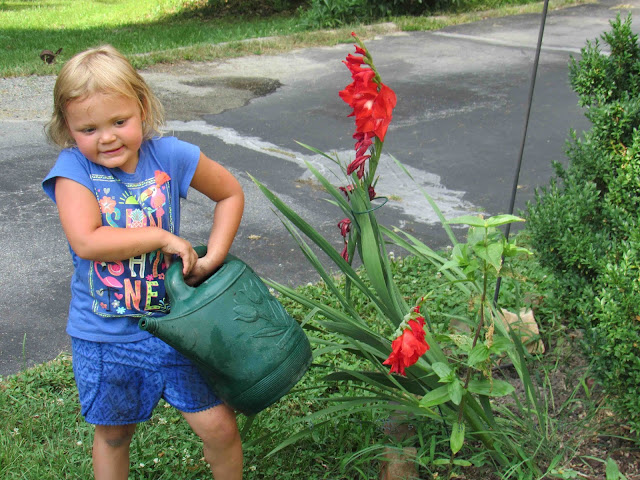 She can pull some weeds too.
Little sweetie Genevieve

sharing with Our World Tuesday

Oh how sweet, your helping hand there...adorable. What usual Zinna's (the first two)...I love them. And I really like the door decoration.

Your garden helper is so pretty!
Love the zinnias!
Happy 4th!

Hope you have a wonderful celebration. Beautiful flowers and an equally beautiful helper.

Awwww, the little helpers are precious!!!! And the flag artist is quite talented I might add. Your patriotic and history of the colonies is fantastic. I enjoy our country's history so much. And your zinnias...one of my mother's favorite flowers. I used to like collecting their seed in autumn!!

Thank you. I will have to tell her she is a flag artist.
I will be collecting seed from these this season, as I do like the speckled ones.
betsy

I like the spinners on your door decoration. Very fun! You have some pretty zinnias. Mine aren't blooming yet as they don't get enough sun.

Those grandchildren are so gorgeous... I can only imagine how much you love them.... ADORABLE.

Happy 4th... Love your decorations especially the pinwheels on the door... Neat idea!!!

I love Zinnias --and that pink one is unique.

The Joy of Home with Martha Ellen said...

Happy Forth, Betsy! I like the flag your little grand is making from paint stir sticks. Very clever. Your zinnias are way ahead of mine. I had to do a second seed planting as my first didn't germinate. I save seeds from our plants every year. Have a great evening. ♥

Betsy, little Genevieve is so darling and I love her flag. Looks like she can stay in the lines pretty well. All your decorations look so pretty, even your zinnias are in a patriotic spirit. Happy 4th..xxoJudy

Dearest Betsy,
If I type really fast I can still wish you a Happy 4th of July.
All day we were at our best friends' home for a wonderful day of food and friendship.
Believe it or not, we walked the garden and adored her Zinnias!
Hugs,
Mariette

Hope you had a glorious Fourth Betsy! Thanks for the history lesson too! :) Cute little craft project and sweet photos of the little helper!! xoxo

Betsy,
Beautiful blooms nd Patriotic decor!!! Thanks so much for stopping by!!
Hugs,
Deb