Yayyy it snowed for the first time this season here and it came down in big clumps. 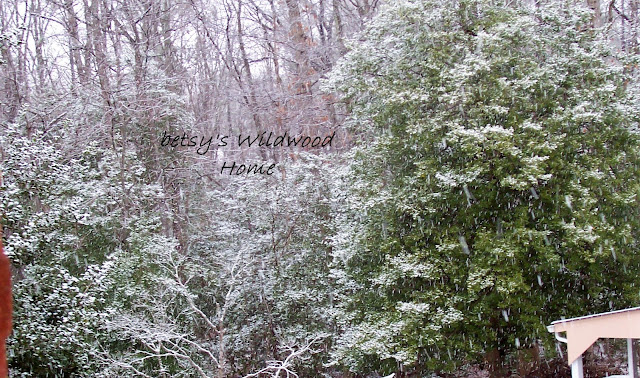 Then it went as fast as it came, darn, I wanted more.   Well still had to fix the soup.
I had 3 large chicken breasts I cut into to little chunks for soup,  since it was a good snow time for it even though it didn't last long
My children gave me for Christmas last year an Elite pressure cooker and I would not take anything in the world for it..   I have always been scared of pressure cookers - but not this one. My son Derek found this and knew I would love it. 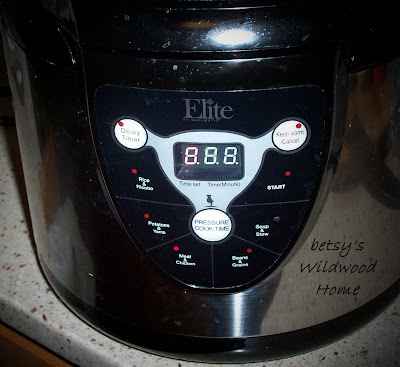 I put a little more than a pound of cut up chicken in there ,  I also doused a little lemon juice over it.   Then put the thing on stew and soup setting,  didn't take long at all to cook.

I then let off steam and put in the cut up fresh veggies with 1 can of chicken stock and two extra cans of water,  salt , pepper,  parsley and a dab of butter , oh I threw some frozen peas in there too. 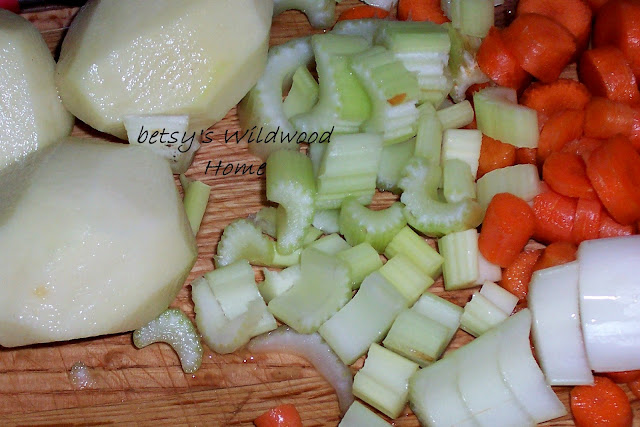 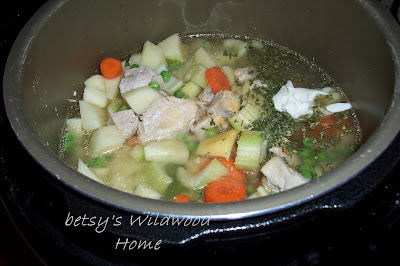 In the meantime I boiled some flat noodles.
After the soup was finished, added the noodles and closed the lid for a few minutes while I fixed sandwiches. 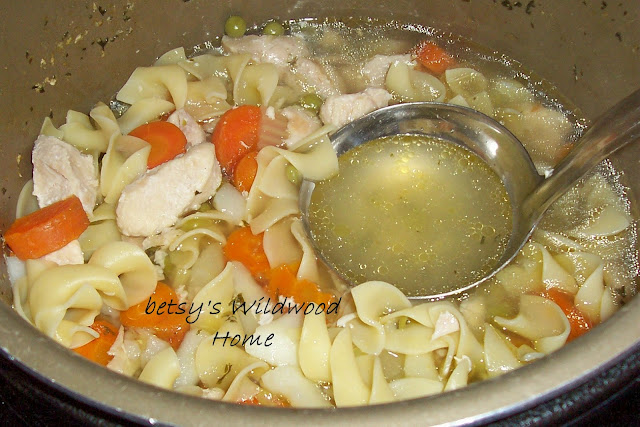 Tasted very good.  Forgot to mention that a little garlic was added,  we love it.
Now we are lying around digesting in front of the fire.
Posted by Betsy at 6:18:00 PM

Email ThisBlogThis!Share to TwitterShare to FacebookShare to Pinterest
Labels: food