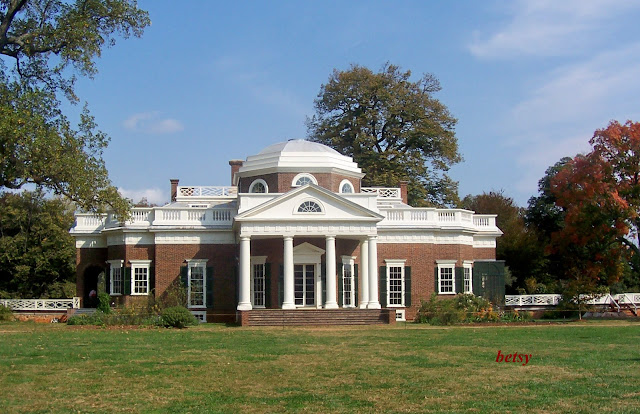 My husbands brother and sister in law came for a visit last week.   We had a wonderful time touring around town.   We also took a little ride to the mountains to visit Thomas Jefferson's estate.  The third President of the United States,  author of the Declaration of Independence and the statute of Va. for Religious freedom, also founder of the University of Va..
Such an interesting tour,  a genius he was.   With the land he inherited from his father, Jefferson built Monticello when he was 26 years old.  When we enter the home, it is through the back entrance , the same area that carriages would bring guests.   In the entrance hall there is a mezzanine that connects the upper floors two wings.   From the outside - the home looks to be one level with the long narrow windows and their placement.
The second floor starts  at the ledge of the 9 panes on top of the 12.
Our tour guide told us that Jefferson did not like the waste of heat and space with an exposed staircase.    I understand that their are tours of the upstairs, but for some reason we could not take that tour on this day.    I understand that as many as 25 family members would live at Monticello at times, and that the upstairs is small.  Areas they would sleep would be small sleeping alcoves.  Nine bedrooms with the famous Dome room. 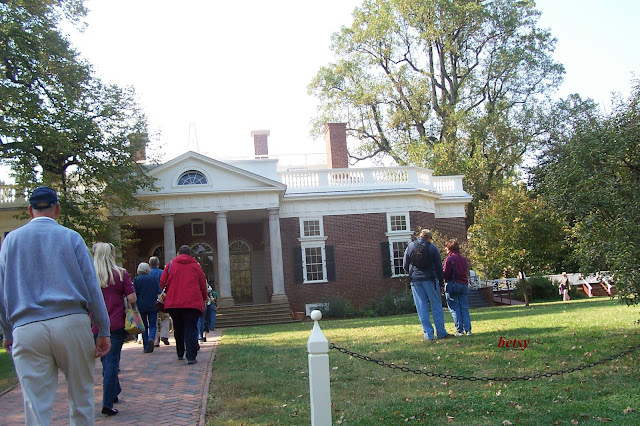 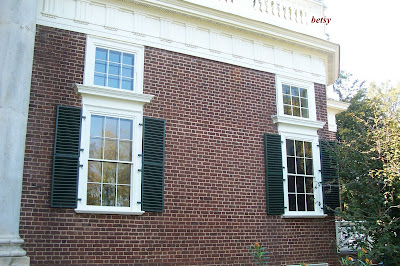 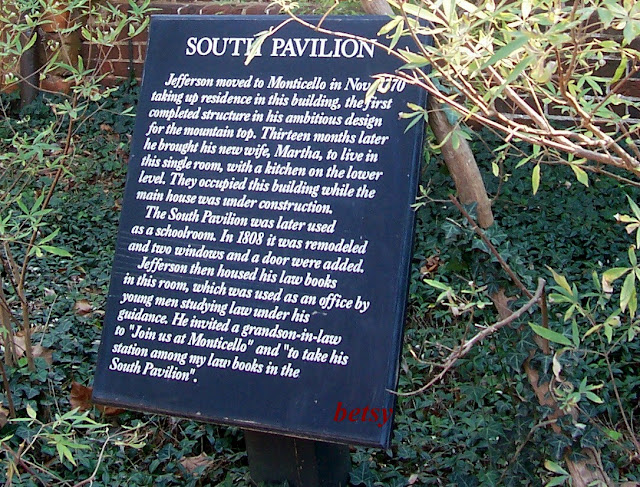 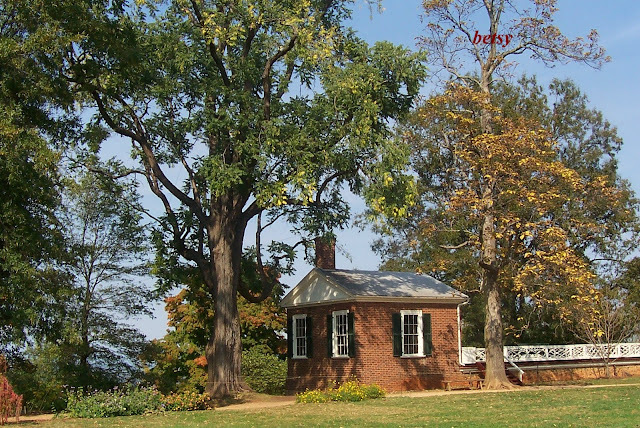 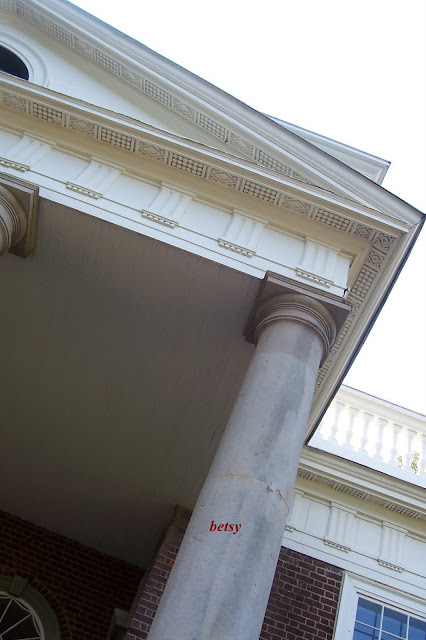 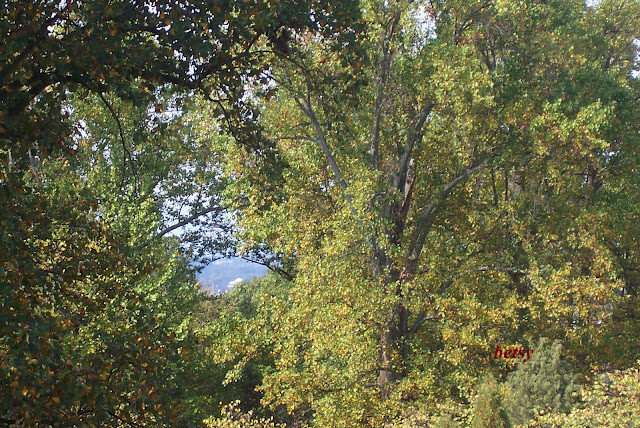 in this picture is the University of Va. as seen from Monticello 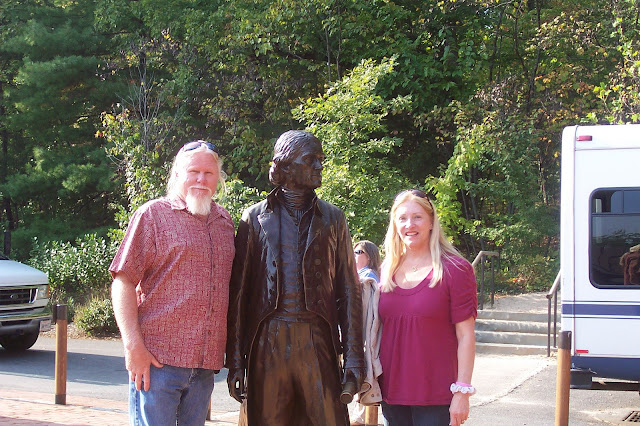 Bill and Luann with Mr. Jefferson
I will show some of the gardens tomorrow
Posted by Betsy at 12:58:00 PM