Over 18,000 Confederate soldiers rest here and some 2.000 reinterred here are from Gettysburg.  It is the resting place for 25 Confederate Generals.   J.E.B. Stuart and George Pickett are two of them.   A 90 ft. high granite pyramid was built in 1869 - as a memorial to more than 18.000 enlisted men of the Confederate army buried in the cemetary.


The Pyramid is said to be Haunted;   there are cold spots.    Some visitors to the Pyramid say that one can walk in and out of the cold spots.  Is also  said they  became sick after visiting.    I have heard that when the moon is full,   moans from civil war dead can be heard.    Not sure where that came from, but I don't think I want to be out there while the moon is full to find out.     Tooooo Scary for me 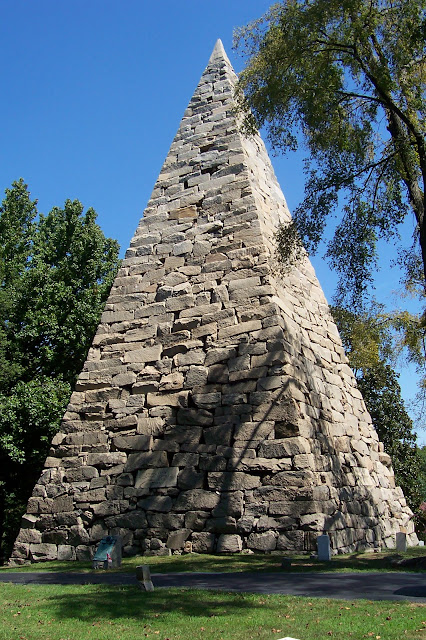 My friend Carolyn -in gazebo near the Pyramid. 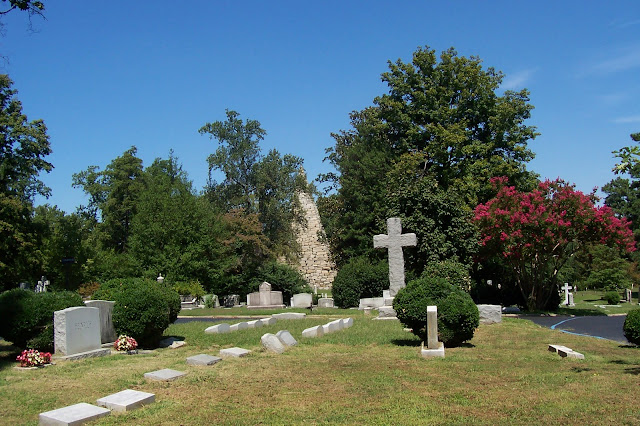 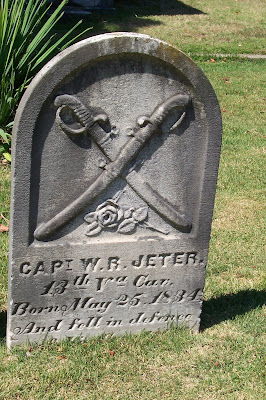